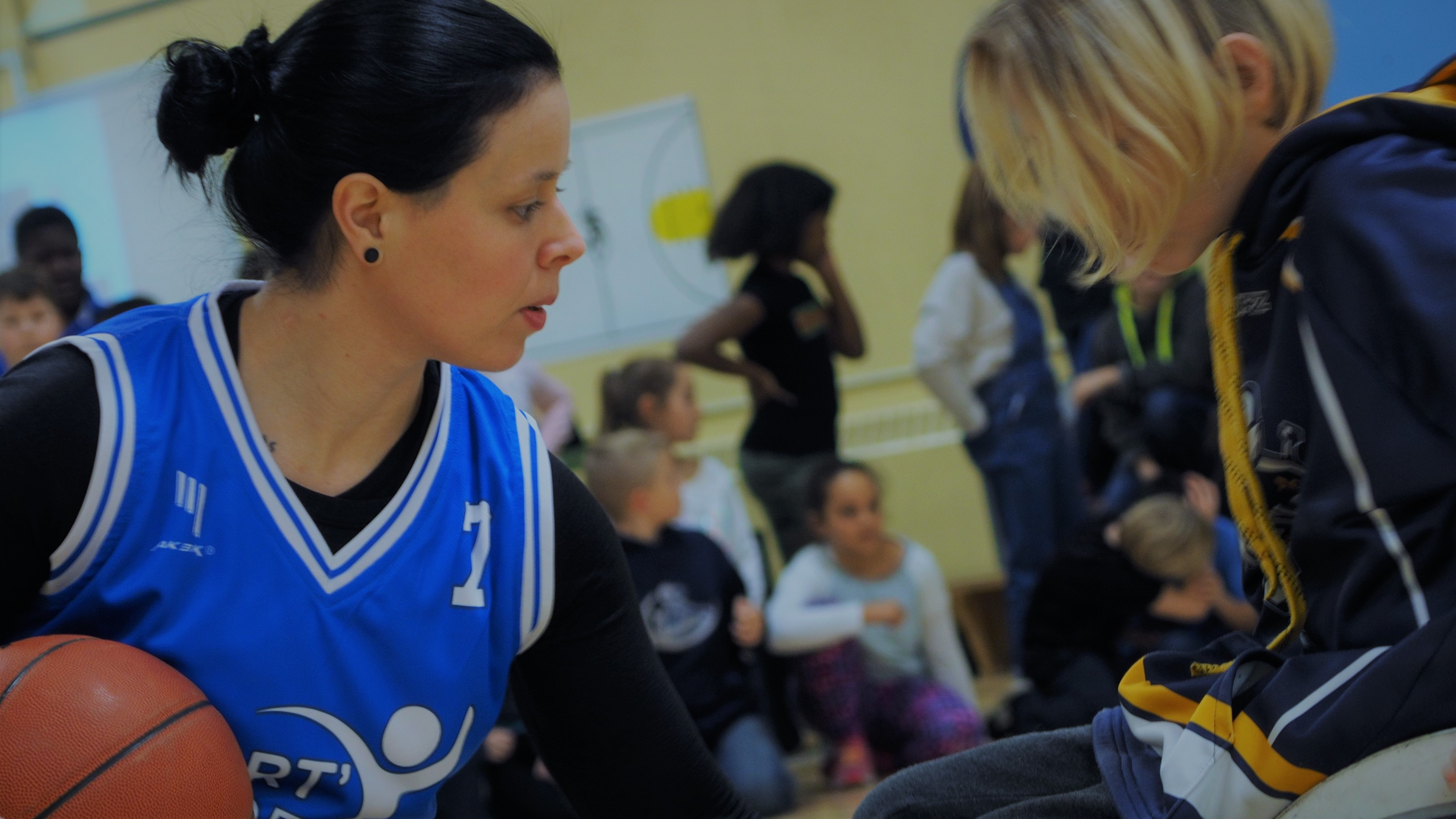 Cindy Ouellet: a lesson in strength

Our last blog covered the consequences that bullying leads to. However, it is wrong to believe that all victims will live with psychological scars throughout their life or develop a mental health problem as a result of this negative experience (Ttofi & al., 2011). Let’s say that certain persons are scarred by bullying, but in a completely different way.

Who is Cindy Ouellet?

Cindy is a well-guarded treasure in Québec. We had the chance to meet with her and hear her story at a conference organized by Sport’Aide last June, when she left the entire room speechless with her inspiring path.

Cindy Ouellet is much more than medals. Her uncommon life teaches us a lesson in strength and resilience. At just age 12, Cindy had to fight bone cancer which left her barely a 1% chance of survival. Against all expectations, she succeeded in defeating this adversary, but not without losing part of herself. She lost her left hip and doctors confined her to a wheelchair for the rest of her life. It was a major blow for Cindy who had been an athlete before the illness. She faced a new adversary: her wheelchair, which appeared to be less mortal than the first one, would in reality become a sizeable adversary.

During her conference, in a very emotional testimonial Cindy told us about the event that would be the moment where she “hit rock bottom”. It was when her father took her skiing. He was totally invested in building a sled for his daughter so she could start to practice sliding again. She was very enthusiastic and sat in the sled to get back to some semblance of the normal course of her life. Sitting in the sled, she literally panics when she realizes that, despite all her efforts, she cannot move forward. Devastated, she feels totally helpless and that she has let her father, and herself, down.

“ That’s the exact moment when I told myself: I have to become strong.”

This will is characteristic of Cindy; it is the main driver of all her exploits. Choosing strength over pity is what led her to contradict her doctors’ expectations to subsequently start walking again… with difficulty of course, but still. It was also this choice that helped her confront the bullying that she suffered when she went back to school. She was insulted, pushed and stricken because of her handicap and her recent confirmation of her sexual orientation. Today, despite everything, she thanks her bullies.

“ I have become who I am thanks to them and what they made me suffer.”

Obviously, the goal here is not in any way to diminish the consequences that bullying may have on its victims or – even worse – encourage bullying and closing your eyes to it. On the contrary, action must be taken to prevent and counter bullying.

In fact, right now the idea is to show that we must encourage young victims of bullying to see the inner strength that they have in order to use to leverage their resilience. This is what Lukianoff and Haidt defend in The Coddling of the American Mind. According to them, all children should integrate this basic principle consisting in drawing from their own resources to rebound from a difficult situation. Starting from there, who is better placed than Cindy Ouellet to promote this observation? That is why we have chosen her as spokesperson for the new bullying prevention program Take action! Stand up against bullying in sports .

Finally, it would be oversimplifying bullying to assume that this single principle can solve this problem. Even Cindy would tell you that her parents and her entourage played an even more important role in her resilience. Studies confirm this by maintaining that resilience is partially reached through the victim’s personal characteristics, but also through their environment (Lecomte, 2006; Roberge, 2008). We will discuss this dynamic in our next blog.

In the meantime, we invite you to view Cindy’s short presentations videos and The Adventures of Cindy in comic strips available on our website counterbullying.sportaide.ca

Project manager – Take action! Stand up against bullying in sports

Lukianoff, G., & Haidt, J. (2018). The coddling of the American mind: How good intentions and bad ideas are setting up a generation for failure . Penguin.